Pobreg project is the second project where Energy Development Group has been involved. This project has the largest installed capacity and is located on the last part of Luma river just before the river joins Fierza lake.

This is to be considered an urban power plant since it is located just 1.5 km from the city of Kukes, in North Albania. The civil works have started on April 2010 and has become operational since June 2013.

Another particular of this project is the wide diameter of penstock. It ranges from 2.1 m to 2.5m. The design flow for this project is 14 m3/sec. It is deviated by a dam to a lateral intake. The penstock is divided in three different diameters for ease of transport. The pipe is constructed of GRP material which has several advantages with respect to the steel pipe; weight, price, ease of installation and no need for painting and welding.

The decanting structure covers an area of approx. 500 m2 and cleans the water from the sediments.

The forebay of this plant has dual functionality. The reserve of water before entering the penstock but it helps also on the decanting process. Since the water mostly flows on an open channel probably sediments may access the clean water.

Actually the project of the power plant Pobreg has been successfully finalized at the beginning of June 2013. The electrical-mechanical units have been tested and controlled from the national state authorities.

The power generated from this power plant will access to the national grid from the Kukes substation by the 10 kV line. The power line has been new constructed and it is an underground line.

The electro-mechanical equipments have been furnished by the Austrian company the Gugler Water Turbines GmbH. This project has been invested by the Shareholder???s funds in collaboration with the Raiffeisen Bank. 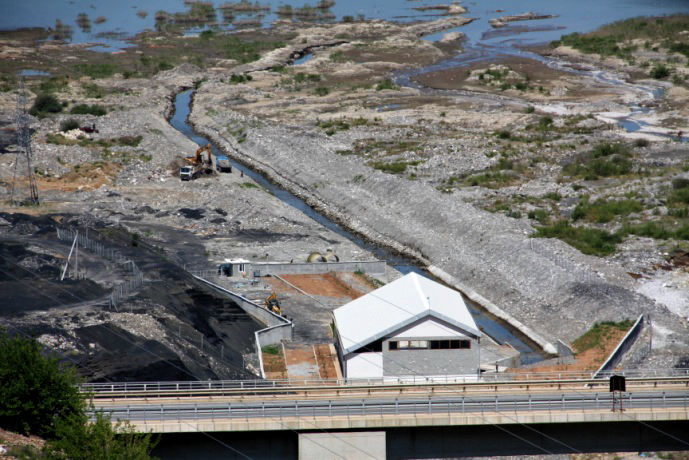